Rev. Carlos J. Cabán, SDB
Father Carlos José Cabán-Vazquez, SDB began his priestly formation in 1994 in Aibonito, P.R. He completed studies in Philosophy and Education in the Dominican Republic. In Rome, Fr. Carlos completed his initial formation, theology. He was ordained Priest in Aguadilla, PR, in 2005. He was assigned to “Parroquia San Francisco de Sales,” Cataño, P.R. After three years working there as head of the Youth Ministry, in 2008, Fr. Carlos was sent to Jarabacoa, the Dominican Republic in charge of aspiring Salesians. In 2009, he was sent to work at the Industrial Polytechnic Institute of Santiago for four years. He returned to his homeland to work in the “Parroquia San José Obrero” of Aguadilla for two years as director, administrator, and manager of the Youth Ministry. Fr. Carlos was assigned to St. John Vianney in August 2016. 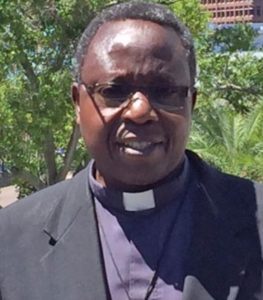 Rev. Sebastian Mpango
Fr. Sebastian Mpango is a priest from the Diocese of Kigoma, Tanzania.  The 4th child in a family of eight children, Fr. Sebastian, was ordained to the priesthood on June 27, 1993.  Through his priestly ministry, he has served as a parish priest, a hospital chaplain, a mental health counselor, principal, and Vicar General of his Diocese. He received a Bachelor of Science in Agriculture from Sokoine University, Tanzania, a Bachelor in Sacred Theology from Urbaniana University, Rome, and a Masters in Mental Health Counseling from Marywood University, PA.